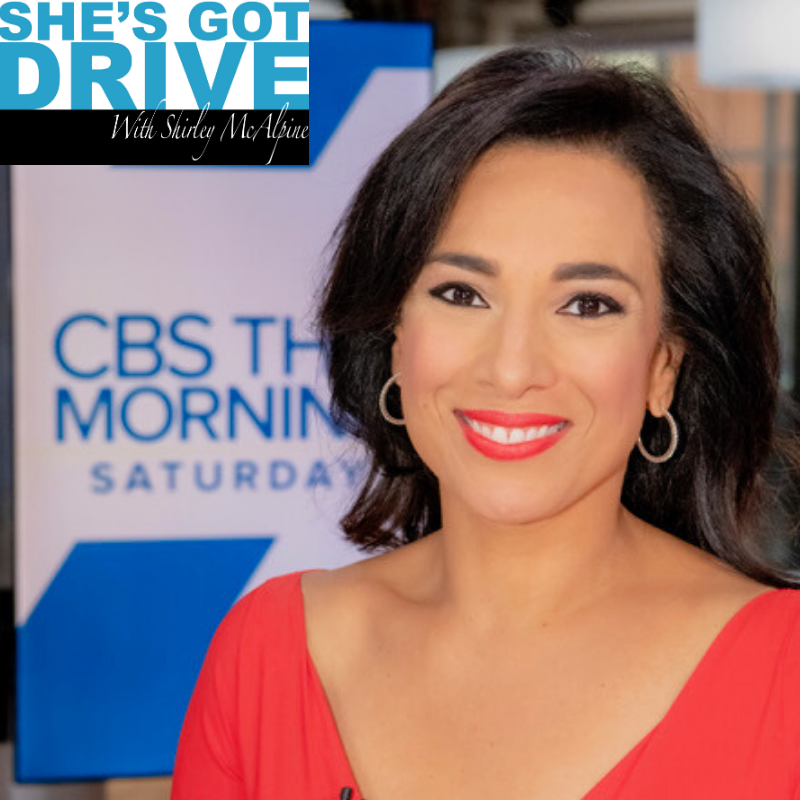 This week in the guest chair Part 2 of my interview with the wonderful Michelle Miller. Michelle shares about the power of sponsorship, her relationship with her father, and how fear can still stop her at times.  Don’t you love her as much as I do?.

Michelle Miller is the co-host of “CBS This Morning: Saturday.” and egularly appears on the “CBS Evening News,”“CBS This Morning” and “CBS Sunday Morning.”  Miller has reported on many stories of national and international importance. She provided extensive coverage of the unrest in Ferguson, Missouri, following the shooting death of Michael Brown. She also covered the Sandy Hook Elementary School shooting in Newtown, Conn.;  the 2004, 2008 and 2012 presidential elections. Miller’s reporting has earned her several prestigious journalism awards including an Emmy for her series of reports on the National Guard’s Youth Challenge Academy,  and she was part of the Alfred I. duPont – Columbia Award winning team for coverage the Newtown, Conn., school shooting. In 2019, Miller won a Gracie award for her reporting on the hidden world of sex trafficking in “‘48 Hours’: Live to Tell: Trafficked.” was voted Woman of the Year by the National Sports Foundation.

When we want to believe in ourselves and create the life we want we sometimes need a guide.  I have created this 4 Step Goal Keeper for you. Download it here shirleymcalpine.com/goalkeeper  to create and plan your life

Where you can find Michelle:

If you loved the show please Rate and REVIEW it here on iTunes: https://shirleymcalpine.com/itunes